We’ve all probably looked up in to the sky when we hear the familiar noise that tells us a helicopter is close by.  Whether it’s a military-favored Chinook or Black Hawk, a Bell or Airbus (Eurocopter) being utilized for medevac,  law enforcement, news/traffic reporting, fighting forest fires, or pleasure flights,  we still marvel at the technology used to keep them up in the sky.  The tail rotor and the main rotor blades have their separate jobs to keep the bird in the air.  The main blades create the lift force while the tail rotors move in directions to enable forward, backwards and sideways movements.

The word helicopter is derived from the French word helicoptere, coined by Gustav Ponton d’Amecourt in 1861.  It originates from the Greek helix, “helix, spiral, whirl, convolution” and petron “wing”. 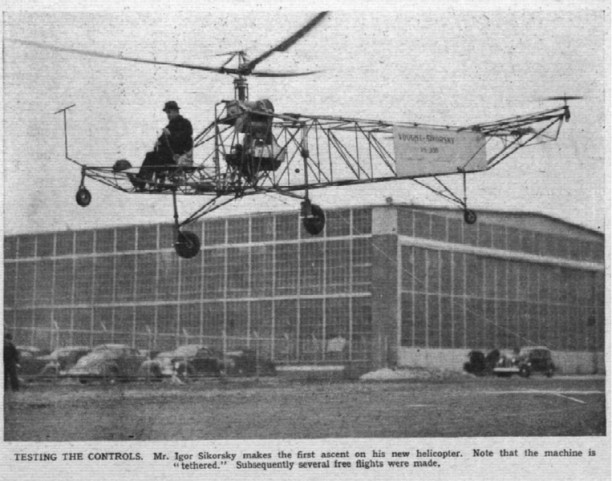 The world’s first practical helicopter flight took place at Stratford, CT in 1939 and was designed by Igor Sikorsky and built by the Vought-Sikorsky Aircraft Division of the United Aircraft Corporation.  It was the first to incorporate a single main rotor and tail rotor design. 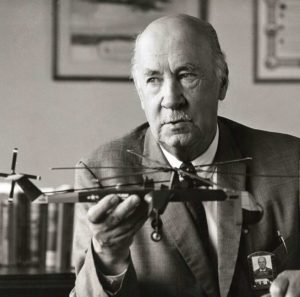 Sikorsky has been flying US Presidents for 62 years.  President Dwight Eisenhower was the first President to use a rotorcraft for official duty in 1957.  When he was recalled urgently to Washington from vacation in Rhode Island, he chose to use a USMC Sikorsky UH-34 Choctaw.  It was a 10-minute flight compared to a 2-hour drive around Narragansett Bay or a 40-minute ferry ride back to the airport where Air Force One was parked.

Eisenhower’s famous letter written to Igor Sikorksy on the 20th anniversary of the flight of the first helicopter reads as follows:

“As the inventor of this aircraft, you are justifiably proud to have success in rapid development,” Eisenhower wrote. “You are perhaps familiar with my use of helicopters in recent years. For my purposes they are invaluable. I have also been repeatedly impressed by stories of rescue missions in which their unique capabilities have enabled them to perform with particular effectiveness, saving lives that would otherwise have been lost.”

The US Army shared the mission of flying the Presidents with the US Marine Corp, both with the H-34s.  The Army eventually withdrew from the mission, leaving the Marine Corps to take over rotorcraft flights for the president. In 1963, the H-34 aircraft were replaced by the VH-3A Sea King in 1963 and the VH-3D in 1974. Sikorsky will again replace the presidential helicopter fleet with the VH-92, based on the commercial S-92, now in development.

Below is the link to the full article:

With VH-92 on the way, Sikorsky looks forward to ‘another 62 years’ of flying U.S. presidents 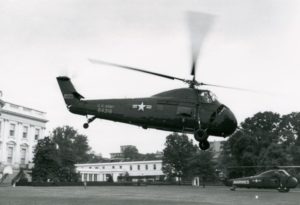 This photo shows a Sikorsky H-34 helicopter carrying President Dwight D. Eisenhower leaving the White House for Gettysburg, Pennsylvania, on May 20, 1958. President Eisenhower was the first president to use helicopters regularly for presidential transportation. Library of Congress Photo

Need parts for your helicopter?

(Our newsletters relate to our latest offerings and Special Offers. We promise not to give or sell this information, and you can opt-out at any time)